There is a lot to do about storage. What do you buy ? SD, MicroSD, HS, XC, Class 10, U3 ?? Or CfExpress ? What does you camera need and what can it handle ? How much storage should i buy ? How many GB is enough ? And more of these questions we gonna sort out for you.

First of all you need to know about the types of storage (cards) there are. And there are many ! Then, those types come in different flavors with different speeds. And most brands have there own ways of explaining the same stuff. For the beginner photographer is can be hell and will be hell if you don’t know anything about it.

These cards are the most common used cards by cameras, action cams, phones, etc. SD cards where made for cameras but when phones and action cams demanded a smaller form factor the MicroSD was made. And with an adapter you can use it as a full size SD card.

But the industry needs to make money and so they came with different Read/Write speeds, Classes and more. And that is where it starts to be confusing. Depending on which brand of camera you have and what you do with it, you either need just a plain simple normal card or you need a high speed card. Most cameras support SDHC and SDXC cards. But what did the industry do ? They made speed classes ! To make it more confusing. 🙂

Each SD or Micro SD card has a speed rating, called a Class. Larger Class numbers correspond to a faster level of writing/recording (minimum performance) allowing files to be written to the card or recorded at a higher speed or definition (HD/4K).

So what is after Class 10 ? It becomes a bit more complicated ! The industry added UHS I, UHS II and UHS III as speed classes. UHS Class 1 (or just U1 or U-I), which has a minimum performance rating of 10MB/s writing speed, while UHS Class 3 (or U3 / UHS-III) has a rating of 30MB/s. UHS Class 3/III supports 4K video recording.  UHS speed classes are shown on the card with a number inside a U.

Some companies like Lexar give the speed in a different way 🙂 Normally and what is quite understandable speed is mentioned in MB/s read and write. The user have an understanding of what it is. But not with Lexar. They offer the speed in 600x or 2933x….. if you are a beginner and even pro’s cannot understand what it actually means. So to clear all the confusion: here is the explanation how to get to the speed per second. 🙂

Check the manual of your camera which SD card is supported by your camera. If you have the latest camera, i don’t think that there will be problems with support. But if you have an older camera (6 years and older) you really need to check the manual which cards and speeds are supported.

This is a new standard and its made by the makers of CompactFlash cards. They come in capacity like 1TB (!). Only a few brands support this standard and only the higher end models like the Nikon Z7 and Canon 1Dx Mk3. These cards are also very expensive compared to SD cards. A 128GB CFExpress card can set you back 2 to 300USD while a 512GB can set you back around 500usd. But you get great read/write speeds upto 1,5GB/s. If you do alot 4K video clips and you cannot record to an external recorder, these cards can be helpful. Prohibited that your camera supports this standard.

Same for the XQD cards, they have the same form factor as a CFExpress card. But also only supported by a few brands. The XQD is in general a bit cheaper, You get lower read/write speeds (400mb/s) but still way faster that SD. A 32GB XQD can set you back 120USD. So a bit cheaper than CFexpress but also slower. And also for this type, look in your manual if the camera supports it.

Some brands do support XQD but not all cards from every manufacturer. They only support cards from certain brands/manufacturers so check online and with your camera store which XQD cards can be used in your camera.

Are mainly used for professional and high resolution DSLR cameras and video recording thanks to their durable design and high storage capacity. Though only in the older DSLR’s . All new high res. DSLR’s moved to XQD or CFExpress.

These cards are actually Compact Fash cards but a modern version of the old one. Some camera brands support this format but not all of them. Cfast cards can be very expensive like CFexpress and XQD. Storage is huge, upto 2TB is possible and speeds upto 1,5Gb/s. The problem is that the main brands cannot agree which card will be the new standard so each brand for itself support another standard.

Which one do you need ?

Depends on what you do. If you shoot a lot of Full HD (30p/60p) or even 4K (60p) video you need at least UHS II or UHS III cards with large storage space. (256GB or 512GB). If you shoot only photos with a mid range camera you probably can settle for a UHS I or UHS II card with about 32 or 64GB of storage. If you shoot a mix of photo and video, use the UHS II or UHS III cards with at least 128GB of storage. Video takes a lot of storage. The data is so big so you need a large card. Depending on what kind of video you shoot, the data stream can be like 100mb/s ! So your card needs to cope with that.

But also for photographers large storage can be useful. If you shoot all your photos in RAW, Uncompressed RAW, etc. you need some serious space. 1 RAW photo (1 file) on a high end camera like a Sony A7mk3 can be 80MB ! So you need space and speed. UHS II or III and 128GB of storage.

Video, especially in 4K, takes a lot of space and have a huge data rate. So you need a super fast card with huge storage. Most Pro videographers use an external source to record the data. These things are expensive and you need some extra gear to hook up the external storage. Then, depending in which video format you shoot, that data stream can easily double. Even with simple action cams like GoPro you can see it. When shooting FullHD in 30p or in 60p the file size nearly doubles. See what happens when shooting in 4K ! With action cams you need UHSII or III with some serious storage.

How much storage should you have ?

As mentioned above it all depends what you do. But also for expansion of your gear/system it is useful to get some cards with sufficient storage. For me, i shoot only photos, i can do with a 32 or 64GB UHS I or II card. But i buy 128GB UHS II cards. Why ? because the costs per GB are lower and if i expand my system and decide to shoot video i always have something that i can use.

In general a 64GB or 128GB UHS II can be enough for a photographer who also shoot a short video. So you got a bit a guideline here, to determine what you need. Just ask yourself what you do.

Card Readers: do you need one ?

I think that you do 🙂 Why ? Good card readers transfer files faster. Way faster. Get one with a USB 3 or 3.1 connection. If you are on a Macbook you need one with an thunderbolt connection. I tried to empty a full 64GB UHS II card from my camera (Fuji X-T20) to my computer using the camera and the usb cable. It took forever !

When you have full cards with video and/or photos the fastest way to transfer to your computer is by card reader. Most laptops (Windows) have build-in SD card readers and transfer speeds are acceptable. (Depending on the brand and quality of your laptop). Apple laptops don’t have any card readers so you need to get an external one.

Which one to buy ?

That is all up to you ! Look, see what you do, how you use your camera and which standards it supports. Then get something that is a bit future proof. So let’s say you are okay with 32GB UHSI, then get a 64GB UHSII or a 128GB UHSII. You are at least prepared when you need that extra storage and speed. 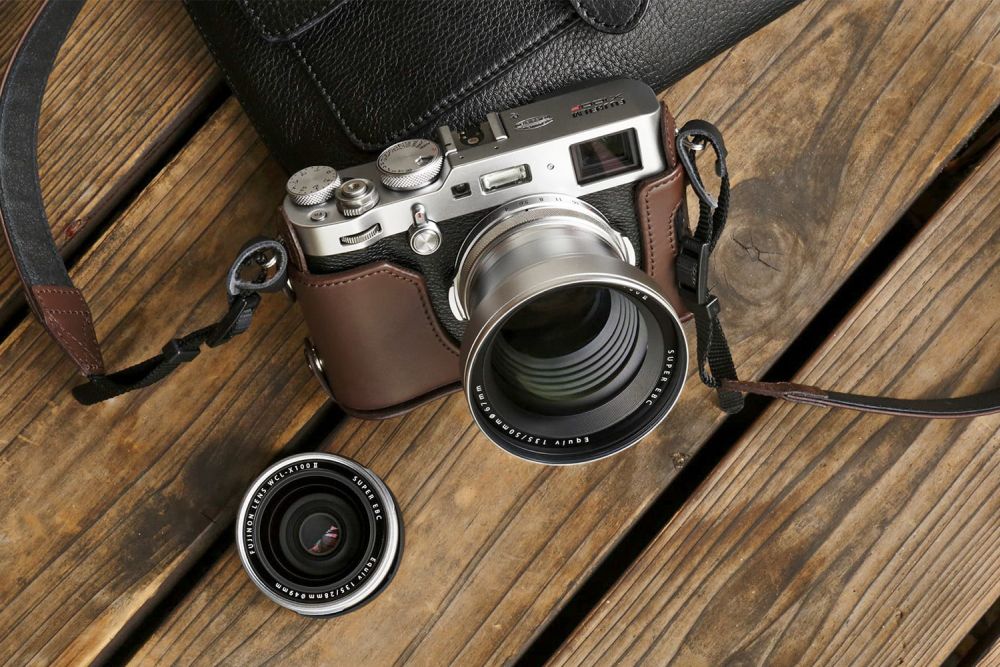 Is the consumer camera market dead ?

A view from the Brühlbergturm

Review: Darktable – an alternative for Lightroom ?